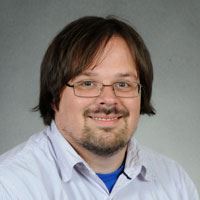 The committee met Saturday to consider passage of the proposed closed primary resolution, but the measure failed. Twenty-nine members of the Republican Executive Committee voted in favor of the resolution, while 37 committee members voted against it.

Had the resolution been passed by the committee, the panel’s recommendation to enact closed primary legislation would have been sent on to members of the state House of Representatives interested in sponsoring a bill to change state election law. If enacted, this change would have required voters to register with their respective political party before casting ballots in primary elections. It would have meant that those registering as Republicans could vote only in Republican primaries, and those registering as Democrats could vote only in Democratic primaries.

Among members of the committee voting in favor of the resolution was former Unicoi County Sheriff Kent Harris, who represents the state’s 3rd Senate District on the Executive Committee. Harris previously said the proposed changes to the state’s election process were intended to prevent party crossover influence in primaries.

Harris said Monday the resolution’s failure to pass means the matter will not be sent on to the General Assembly. Harris said he feels state election laws may have played a role in Saturday’s outcome.

“Basically, the ones that voted against it felt like the state law that we have now on the books pertaining to voting in primary elections was adequate enough to where it needed to be enforced, ” Harris said.

“It’s almost like a closed primary now, ” Harris said. “The only difference would have been you would have had to register with a party.”

But Harris said the main problem with this law is that it is seldom enforced.

“You’re putting enforcement of this on people who are working the polls on election day, which I think is unfair to them because they’ve got so many other things to do, ” Harris said. “Should they be required to challenge people that come in? I don’t think they should. Our workers at the polls do a fine job. They’ve got enough on them already.”