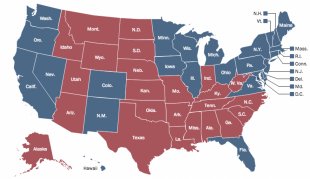 On the Electoral College front, Democrats quite simply have more electoral votes "in the bank" (i.e. safe blue states) and need to win fewer swing states than Republicans do. And demographically, the Democrats' gains among Hispanic voters in particular pose a real long-term problem for Republicans, given this population is growing extremely fast and the white population is, well, not.

We say "long-term" because population can only grow so fast - i.e. it's not necessarily an imminent problem for the GOP in 2016. 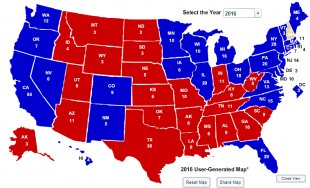 You'll have to bear with us a bit here, because this is a little dense. But the main takeaway is this: Republicans lose in all three of these simulations - handily. 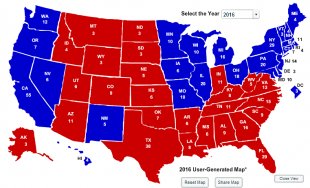 Here's what No. 1 (a repeat of 2012 turnout and exit polls) looks like, courtesy of the great 270ToWin.com. The Democrats won the Electoral College 332-206 in 2012. Under this simulation - with nothing changed from 2012 except the passage of time and demographic shifts - they would add North Carolina to the "win" column.

Under simulation No. 2, things get a little closer, because using the Bush-Kerry exit polls means Republicans take about four in 10 Hispanic voters - versus the 27 percent Mitt Romney got in 2012. 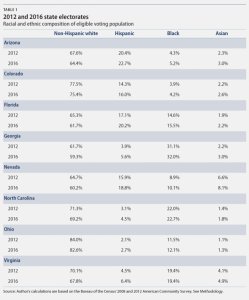 They lose here 303-235, losing Colorado and Virginia while picking up Missouri.

The reason for the Democrats' success here? Growing minority populations. In North Carolina, which flips to Democrats in 2016 even at 2012 turnout and voting levels, the Latino eligible voting population is projected to increase from 3.1 percent to 4.5 percent between 2012 and 2016, while the black population moves from 22 percent to 22.7 percent and the Asian-American population increases from 1.4 percent to 1.8 percent. The white population, meanwhile, drops by two points, from 71.3 percent to 69.2 percent. 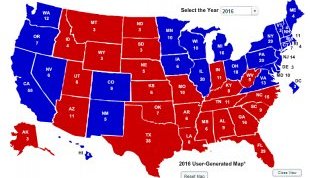 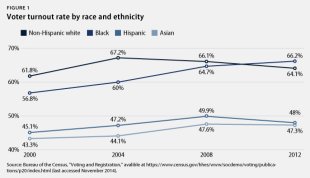 All About Scott Walker - US Presidential Election 2016 ...