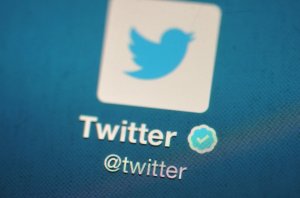 CNN reported Monday that Republican candidates and outside groups may have come uncomfortably close to violating campaign finance laws, sharing internal polling data in the lead-up to the 2014 midterms by a seemingly non-covert method: Twitter.

Republican operatives set up dummy accounts – two of which included @TruthTrain14 and @brunogianelli44 (a not-so-subtle reference to a fictional TV character who advocated the use of soft money on “The West Wing”) – to tweet coded polling data from various House races. The tweets, to any casual Twitter user, look random, as if they were the work of a harmless Internet bot (for example, “CA-40/43-44/49-44/44-50/36-44/49-10/16/14-52->49/476-10s”), but corresponded to valuable information for the National Republican Congressional Committee and at least two outside groups – the super PAC American Crossroads and the nonprofit American Action Network. The accounts have since been deleted.

So what’s the rub? While outside groups can spend unlimited amounts of money on elections, they’re expressly prohibited from coordinating with campaigns or candidates. Giving PACs and nonprofits access to private campaign polling data essentially provides a roadmap to outside groups on where exactly to dump their money.

But tweeting that information, says MSNBC’s Steve Benen, amounts to “a dead drop, ” which clouds the legal question of direct coordination. The campaign tweets out coded info, the PAC interprets and invests accordingly. And “[i]f anybody asks, ” wrote Benen, “you [the campaign] could always say you just published those tweets – publicly available to anyone – and you have no control over who sees them or what they do with the information.”

Daniel Tokaji, a professor of constitutional law at Ohio State University, told CNN, "It may bend common sense, but not necessarily the law." Tokaji, who co-authored a study on the use of soft money, said, “I don't think sharing polling data is going to be enough to establish that the campaign was materially involved in decisions about content, target audience or timing." Even Ann Ravel, the vice-chair of the Federal Election Commission, the agency that regulates campaign finance laws, called coordination rules “sadly murky” in response to the story.

“The real trouble, ” wrote Benen, “is with the cipher” or code. In order for the PAC to decode the tweet correctly, there had to be some coordination with the campaign, he argued. Kenneth Gross, a former head of the FEC’s enforcement division, agreed that “there certainly is the possibility that there was some pre-arrangement, ” telling CNN that, “Just making it public is not enough.”

Either way, these sort of questionably legal tactics are part and parcel of the new politics playing field after the ruling in Citizens United v. Federal Election Commission, says the Washington Post’s Philip Bump. By lifting nonprofit spending limits, the Supreme Court “has made scenarios like this inevitable, ” he wrote. “With all that money washing around and political power at stake, everyone sits down with their lawyers and figures out what the letter of the law allows.”

Election polling day - as it happened

What is the latest data poll in the presidential election

The new poll indicates Obama opened a 4 point edge over McCain, 51 percent to 47 percent. Thank you!

@trentenaire82 I doubt provincial Liberals are spending money polling the federal election so they are likely going off of public data. Sun, 11 October 2015 04:05 AM

@PikeWrangler @UncleRee1 @mehedenNDP I think it's based on data from last election and current polling data (national polls, I believe) Sun, 11 October 2015 02:01 AM