Can I vote in the General Election?

4 ways Millennials can rock the vote in the general election 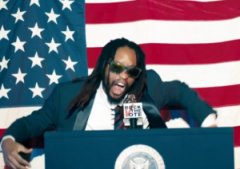 Rock The Vote, a nonprofit seeking to mobilize young voters, recently released a campaign entitled #TurnOutForWhat, featuring celebrities encouraging young adults to get out and vote. With the general election drawing near on November 4, 2014, it’s just as important to participate locally this time around as it is for the national presidential election.

Regardless of traditional student’s young age, Millennial voters have the power to make a difference. Rock the Vote’s website states that there are approximately 86 million American Millennials in the U.S. comprising the largest generation that the U.S. has had.

“According to a Harvard University Institute of Politics poll, fewer than 1 in 4 millennials under 30 “definitely” plan to vote in this year’s midterm elections, ” U.S. News reported.

Here are four ways you can Rock the Vote this year and break the low-voter turnout streak:

1. Be engaged:
Before you head to the polls, get engaged and learn about the candidates and their platforms. Knowing what and who you’re voting for is the only way to ensure your voice and concerns are heard on a larger stage. Running candidates are going to serve as the liaison between your state and the federal government, so be sure you’re knowledgeable about who you choose. Use the general election as a starting block to discover what you care about most and who you want to represent you and your values.

2. Get involved:
Rock the Vote is one of many organizations that offers various events across the country for students just like you and many college campuses have Democratic and Republican student organizations. Do your research and get involved in the voting process, whether it’s to campaign for a cause or to learn more about the candidate and his or her party.

3. Vote/Request an absentee ballot:
In the midst of our hectic schedules, we may not have the time to head home to cast our ballot, or we may find an excuse for not being able to make it to the polls. The good news is that you or a close relative can request an absentee ballot for you to vote via mail. Be sure you’re up to date on your state’s deadlines and are registered to vote and have your vote in before election day.

4. Spread the word:
The best way to reach out to fellow students is by raising awareness. Spread the word, inform your friends and let your classmates know why it’s so significant for each person to vote. Every vote matters and the millennial generation has a lot to speak out on, including college loan debt, women’s rights and marriage equality. Encourage your generation to participate!

The General Election Quiz: Are YOU ready to vote?

Party leaders cast their votes in the General Election

Why should students vote in the General Election?

How do I vote in the UK general election? What you need to ...

Why to vote in the General Election?

You can vote for anyone you want in the general election no matter how you voted in the primary election.

I am a Felon, can I still Vote in the General Elections? | Yahoo Answers

Is your last name Manson by any chance? Chuck, is that you?