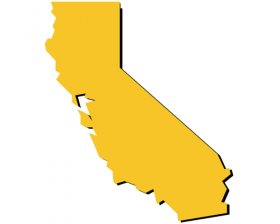 This week, as Republican Congressmen Jeff Denham and David Valadao stepped up to support the House immigration bill with a path to citizenship, new polls from three key California Republican districts show that voters in their district would overwhelmingly support the same leadership and policy approach from their members of Congress.

In addition to showing broad support in these conservative districts for the components of House immigration bill HR 15, including a path to citizenship, the polls also reveal that Americans are hungry for leadership, bipartisanship, and problem-solving. Voters in these districts across the board would have a more favorable opinion of their respective Representatives if they were to work with other Republicans and Democrats to pass immigration reform.

According to Patty Kupfer, Managing Director of America’s Voice:

Republicans in California know how this story goes. They’ve seen the consequences of letting the immigration issue fester and they’ve suffered the consequences. What these polls show is that there’s a real way out for these members of Congress. Voters are saying this is good policy. They want this issue solved and they want both parties to step up, lead and work together. That’s the leadership we’ve seen from Jeff Denham and David Valadao. It’s time for the rest of the California Republicans to take their party forward, not get stuck in mistakes of the past.

What are the latest poll results for Prop 19 in California?

What were the poll results of proposition 19 in California?

Proposition 19 was defeated. The initiative lost by a 54% to 46% but supporters vowed to try again.