With a win on the line in Colorado, Democrats hope to mail it in 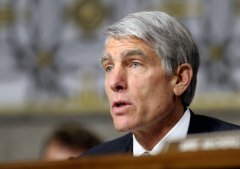 GREENWOOD VILLAGE, Colo. – Here in the Senate battleground of Colorado, the latest front in the voting wars is the mailbox.

In other states, that fight has generally centered on laws that opponents say restrict voter access – measures, largely passed by Republican legislatures, that require voter identification or reduce the number of days for early voting.

But Colorado is operating under a new system designed to do the opposite: For the first time this year, every registered voter will get a ballot delivered to them through the mail, weeks before Nov. 4.

The 2014 midterm elections are the first statewide contests since the Democratic-controlled Colorado legislature voted last year to make it easier to cast a ballot. The law allows residents who neglect to register in advance to sign up on Election Day itself. And it instituted all-mail elections, with ballots going out statewide 22 days before Election Day.

So Election Day, in essence, has officially become Election Month – a development that has spurred strategists on both sides to craft the biggest midterm turnout operations in state history, a high-stakes race to find and identify every possible voter.

Strategists for both Sen. Mark Udall (D-Colo.) and challenger Cory Gardner (R) say the electorate is as polarized as they have ever seen: Recent public polls show registered voters in the state evenly divided between the two men, and private polling reflects the same margin. There simply aren’t that many undecided voters to persuade.

As Chris Hansen, Gardner’s campaign manager, put it: “Everybody’s got their jerseys on.”

The fact that so many Colorado voters have made up their mind, coupled with the new all-mail format, has changed the way the two sides will run their campaigns. While the state’s voters are used to casting their ballots early — in 2012, almost 73 percent of Colorado’s 2.6 million people voted before Election Day — the total reliance on mail-in voting has Udall and Gardner partisans focusing the lion’s share of their fall efforts on a turbo-charged ground game.

“We’re organized on the ground. We’re going to have the most focused, disciplined and well-resourced organizing campaign in the history of an off-year election, ” Udall said in an interview. The all-mail election format “gives us a tool to monitor who’s voting and who hasn’t voted, and focus on both persuasion and getting out the vote.” Registered voters identified as likely supporters of a given candidate will hear from that candidate’s campaign – endlessly, incessantly, by phone and in person – until they send back their ballots. Once a county elections office reports receiving a voter’s ballot, the door knocks will stop, and the phone will fall silent.

On its face, an all-mail election that results in more people voting would seem to benefit Democrats. In Washington and Oregon, the only other states that conduct elections entirely by mail, only two Republicans have won statewide office since the introduction of that system.

VOTE! How to Fill Out Your Mail-In Ballot!

Is it necessary to send in the mail in ballot? | Yahoo Answers

If you were to mail it, it might be late. You need to Do Your Ballot Electronically. It was on the news that if you were to send it in the mail "now" it would arrive late, so if you want it counted, you need to go to the polling office to vote ;)

When are mail in ballots due?

Absentee ballots should be postmarked before election day and received by noon on November 10, 2008. May the be with you!