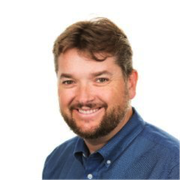 Despite having a long way to go, those of us dedicated to opengov do need to take a moment to realize just how far we have come; Daniel Schuman’s recent blog post is a perfect example of this progress. A mix of technology and increased public pressure has brought about a number of developments that, as little as one decade ago, often seemed like a pipe dream.

One quick example is the promise by the Senate to put out bill information in bulk XML. It's a huge step for those of us involved in open government. But releasing bulk XML, in and of itself, means nothing to the average American; the information released is still, largely, confusing. Take this summary of HR 624, the Cyber Intelligence Sharing and Protection Act — a complex bill, to be sure. But the CRS Summary is a 10 paragraph, densely worded description that I can’t paste into a blog post without busting through my word-count cap. It’s filled with descriptions of procedures that would make little sense to most Americans.

So, if opengov ended there, sure, it is more “open, ” but isn’t very intellectually accessible for most Americans. Very often, official bill descriptions raise more confusion than clarification.

That’s the area that Countable is most focused. Every day we’re hiring more writers and editors to pore over all of this legislative information, to crunch it all down to something that’s easy for any person to understand. Our summaries let anyone know what a bill would do, what the cost is, where it stands as well as pro and con arguments being used in the debate — all on one page. In this way, we’re helping make a more open government become more easily accessible to everyone.

Going back to the previously mentioned bill: Our writers and editors took the available summary and “translated” it to something simpler. We took it from 10 paragraphs and made it just three:

H.R. 624 would allow — in the event of a cyber attack — technology/manufacturing companies and the federal government to share and exchange Internet traffic information. This exchange of information would be voluntary, as the bill does not require or compel companies to give it up.
Source: sunlightfoundation.com

(Political Seer) IMPORTANT INFORMATION - Why I am having ...

Political parties to come under Right to Information Act

Political organizations in the Information Age

What is the principle source of political information for 80% of Americans?

80% of Americans get the majority of their political news from cable shows, such as the Daily Show and the Colbert Report.

The internet, newspapers, television, and radio.

@LivEchonews Very limited release on information by DfE. Some of these top ten results are dreadful for the intake. Political aganda? Thu, 15 October 2015 02:50 PM