Election Day in the United States of America is the Tuesday following the first Monday in November. It can fall on or between November 2 and November 8. It is the day when popular ballots are held to select public officials. These include national, state and local government representatives at all levels up to the president. 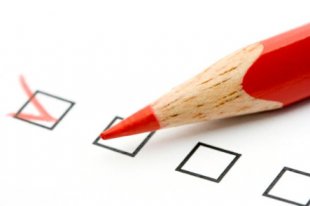 What do people do?

On Election Day, citizens of the United States of America can vote by popular ballot for candidates for public offices at local, state and national levels. In even numbered years, federal elections are always held. In years divisible by four, presidential elections are always held. Elections for local and state officials may be held in odd or even-numbered years, depending on local and state laws.

Election Day is not a federal holiday but it is a yearly or biennial holiday in some states (see table below article), including:

Employees in some states have the legal right to have time off work to vote, and in some cases, without losing any pay.

In 1792, a law was passed allowing each of the states to conduct presidential elections at any point in the 34 days before the first Wednesday in December. This was the date when the meetings of the Electors of the U.S. president and vice-president, known as the Electoral Colleges, were held in each state. A date in November or early December was preferable because the harvest would have been finished, but the most severe winter storms would not have begun.

@JoeRRich Top trying to ruin my personal Christmas in October. And November. And every additional month until Election Day. Wed, 14 October 2015 06:52 PM