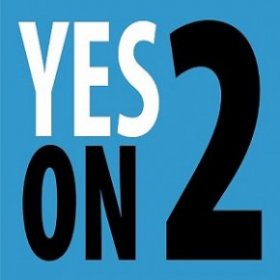 Florida voters will see medical marijuana on the ballot a little over a month. Amendment 2 would legalize medical marijuana in Florida, which is long overdue. The for and against campaigns have spent more money than any other marijuana campaign in the nation this election cycle. Alaska, Oregon, and Washington D.C. are voting on full legalization this November. I have seen polls all over the place for Amendment 2, as high as 88% in support, all the way down to the low 50’s. Two polls were released within two days of each other that were very different. Per the Miami Herald:

A recently commissioned poll by United for Care shows strong and stable support for Florida Amendment 2, a measure that would allow for the medical use of marijuana in the state. According to the survey conducted on behalf of United for Care, the main organization advocating for passage of the amendment, 69% of likely voters in Florida support this measure with only 28% opposed. 60% voter approval is needed to pass a Constitutional Amendment in the State of Florida. The findings are significant because they show voter backing of the amendment has remained virtually unchanged since the beginning of 2013.

United for Care has conducted four internal polls since January 2013, employing 3 different pollsters. The first survey by Hamilton Campaigns showed 70% support in January 2013. The second, carried out in March of 2013 by the Kitchens Group, revealed 71% intended to vote “Yes.” A June 2014 poll by Anzalone Liszt Research and Public Opinion Strategies reported 70% voter support for the amendment.

The most recent SurveyUSA poll found 53 percent of likely voters in the state are planning on voting yes, 32 percent plan on voting no and 15 percent are still undecided. This is a small drop since their poll earlier this month which put the measure at 56 percent yes to 31 percent no.

Support is strongest among young people and weakest among older voters, but at least a plurality in every age group supports medical marijuana.

In most elections, anything above 50% would be enough. But in Florida, constitutional amendments require at least 60% of the vote. What people need to realize about polls is that they are just polls, they are not actual votes. No one will know exactly how much support there is for Amendment 2 until Election Day is over. Until then, keep fighting, keep spreading the truth, and keep debunking the false propaganda that medical marijuana opponents are spreading in Florida.

@ericeezy when he won, the polls were really close. I can't remember if it was by electoral votes or popular . But I don't think everyone Wed, 14 October 2015 03:02 AM

RT @prabhateshwaram: Another argument on why Modi is more keen on pushing his electoral battles than wanting a faster road ahead for... htt… Wed, 14 October 2015 01:02 AM