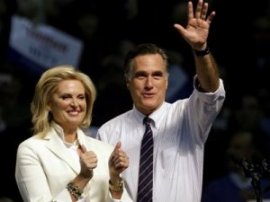 APVirginia's Republican-controlled Legislature is moving to drastically change the way in which the state's Electoral College votes are allocated.

According to the Associated Press, a State Senate subcommittee voted to recommend a bill from state Sen. Bill Carrico, which would apportion Virginia's Electoral College votes by congressional district.

On top of that, the presidential candidate who wins the majority of the districts would win the two at-large electoral votes not tied to congressional districts.

Slate's Dave Weigel explains how that would have affected the 2012 election: Mitt Romney would have walked away with nine electoral votes from Virginia, while President Barack Obama would have won four. That's despite a 150, 000 popular-vote advantage for Obama in the state.

According to the AP, Carrico argues that the legislation is necessary to give rural areas — which tend to lean Republican — the right amount of influence in elections. Obama — the first Democratic candidate since Lyndon B. Johnson to win Virginia — swept to victory in the state in 2008 and 2012 based on support in cities and suburbs.

GOP officials are considering similar forms of legislation in Wisconsin, Pennsylvania, and Michigan that would end the practice of awarding all of a state's electors to the candidate who won the popular vote.

Democrats in those states' legislatures have challenged the move, calling it everything from "evil" to "election-rigging."

@The Growling Panther: CENSUS. Illegals are counted like US citizens, which determines the # of electoral college votes.More illegals in blue states=more Dem votes. Wed, 7 October 2015 05:42 PM

@GatesofVienna Plus, quirk in US law is illegals & other immigrants are counted as "population" which effects states # of electoral votes :( Sat, 10 October 2015 05:44 AM