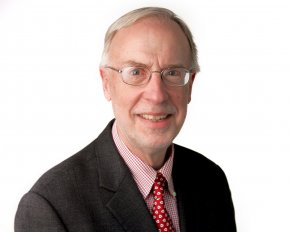 A recent conversation with a veteran of GOP presidential campaigns raised this question: Which, if any, of the recent battleground states are likely to become more Republican by 2016? The consensus: very few.

That reality highlights one problem Republicans face as they seek to regain the White House after six years under President Obama. Lots of factors affect elections: the quality of the candidates, the state of the economy, the effectiveness of the campaigns. But in a country whose demographics continue to change, Republicans will begin this campaign with one significant disadvantage.

Over the past three decades, the political leanings of many states have shifted dramatically. What once was a sizable Republican advantage in the electoral college has become a decided Democratic advantage.

The first period was the era of Republican dominance — the start of the Reagan era. In the 1980s, many people suggested that Republicans had a lock on the electoral college. Democrats were in woeful shape. Here’s what the numbers showed:

Republicans won 16 states in each of the six elections during that period and won an additional four states in five of the six. That added up to 179 electoral votes, based on census apportionments in 2000. Today, those 20 states account for 193 electoral votes as a result of the population shift from north to south. Democrats won just one state — Minnesota — plus the District of Columbia in all six elections. They counted only two more states where they won five of six. Together, those four accounted for just 21 electoral votes.

From 1980-2000, 10 states were up for grabs, with each party winning them three times over six elections. They accounted for 155 electoral votes in 2000, and 147 today. What has happened to those once-contested states highlights the dramatic change that has taken place since, namely a shift of some major states toward the Democrats.

From 1992-2012, Democrats built a base that rivals or exceeds that of the Republicans in the earlier period. Eighteen states and the District have voted Democratic in each of the six presidential elections. They represent a total 242 electoral votes, according to the current allocation. Three other states, with a total of 15 electoral votes, have backed the Democrats five times.

Update On The Race To 270 Electoral Votes

Ask the Expert: The Path to 270 Electoral Votes

The path to 270 electoral votes

Could neither candidate reach 270 electoral votes?

What happens if neither presidential candidate wins 270 electoral votes, or they tie?

The election is decided by the House of Representatives if there is a tie. Thanks for the !

When has no president gotten 270 electoral votes?

if there is a tie, then the house of representatives chooses te president and the senate chooses the vice-president.