How the Election Process Works in the United Kingdom 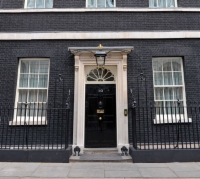 Who is elected in a UK General Election?

In the UK, General Elections take place every 5years in May, unless Parliament votes to hold an election sooner. Candidates compete for a seat in the House of Commons.

General Elections in the UK are comprised of 650 individual elections that take place on one single day. Each election is in essence, a constituency and each constituency has a similar number of votes. When a candidate wins his constituency, s/he wins a seat in the House of Commons.

To acquire votes, candidates campaign in their constituencies. They will also join, in most cases, with a political party that mirrors their same values and ideals. Candidates general win votes by announcing the policies which will guide their decision-making process in Parliament.

When a voter votes for a candidate, they are also voting for that political party.

How is a Prime Minister chosen?

If one political party is able to win more than half of the seats in the House of Commons, its leader will become the Prime Minister and be able to form the government. All of the other political parties are classified as the ‘opposition.’ The party with the second greatest number of seats is referred to as the main opposition party and its leader becomes the ‘leader of the opposition.’

What are the major political parties in the UK?

If a candidate is not affiliated with one of these major parties, they are usually classified as ‘independent.’

What is a hung Parliament?

When none of the parties win more than half of the seats in the House of Commons, it is called a hung parliament.

In the case of a hung parliament, one of two things can take place. Either two or more parties can agree to work together to govern the country or the party with the most seats can also try to govern with a minority of seats in the House of Commons. They run the risk of defeat if they cannot get enough support on an important vote which may force a general election.

A coalition government is formed when two or more parties work together to govern the country.

Who may vote in the General Election?

In order to vote in the General Election, residents must be 18 years of age or older, a native of the United Kingdom, registered with the Electoral Register, and commonwealth citizens also have additional qualifications dependent upon where they reside.

What happens on Polling Day in the UK?

On Polling Day, every eligible resident may cast one vote in their local constituency. Polling may be done: in person at a polling station, by post or by proxy.

The candidate with the most votes becomes the local Member of Parliament (MP) for that area. This system is known as ‘first-past-the-post.’

OC Registrar of Voters General Election 2012 The Vote by ...

What is the process for electing a new Director-General?

Member States may propose candidates. These candidates are considered by the Executive Board (EB), which nominates one person by secret ballot. The name of that person is then submitted to the World Health Assembly, which makes the final appointment.

Why are there no physical & mental competitions involved in the general election process? | Yahoo Answers

Because a presidential campaign is a test of the candidates physical and mental endurance.

@MariyaMalikPTI #No its not Millions voted 4 PTI, its gradual process, Next General election wud b of PTI, PTI wil enjoy overwhelming support. Sun, 11 October 2015 03:22 PM