There are fewer people registered to vote in 2015 than there were in 2010: is that to Labour’s advantage? 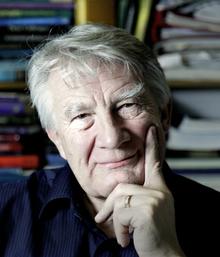 The 2010 general election result was considerably biased in Labour’s favour: if they and Conservatives had won equal shares of the vote total, Labour could have obtained as many as 54 more seats than their Tory opponents. This bias partly reflected unequal electorates across the country’s constituencies. Recently published data show that the number of registered electors nationally has since declined. But is Labour’s advantage still there? analyse those data and show that, unless the Conservatives win a lot of seats from Labour on 7 May, if the two parties are roughly equal in their number of votes Labour could again benefit from the inherent biases in the electoral system, perhaps by as many as 30 seats.

All UK general election results since the 1970s have been biased, favouring Labour over the Conservatives – bias being defined as the difference in the number of seats each would have gained if they had equal shares of the votes cast. If that had occurred in 2010 – with votes distributed across Britain’s constituencies in the same proportions as the votes actually cast – Labour would have obtained 54 more seats than the Conservatives. 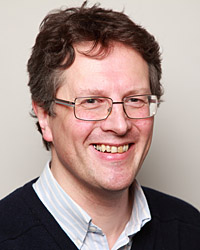 Several factors create this pro-Labour bias; the most consistent have been differences between constituencies won by the two parties in their average electorates and turnout rates. Small constituencies can be won by fewer votes than large ones; so can those with low turnouts compared to those with high. The mean electorate in Conservative-won seats was 72, 304 in 2010, but 68, 672 in those won by Labour; average turnout in those two groups of seats was 68.2 and 61.2% respectively. The former difference was worth 18 seats to Labour in the total bias of 54; the latter was worth 31 seats.

The Conservatives tried to remove the impact of differences in average electorates: the 2011 Parliamentary Voting System and Constituencies Act required all constituencies to have electorates within 5% of the national average by the time of the 2015 general election, and the Boundary Commissions’ revised recommendations for new seats applying this rule would have removed any pro-Labour bias. But the redistribution was aborted, the Liberal Democrats voting with Labour and against their coalition partners to delay the redistribution until 2016, in retaliation for the lack of progress on House of Lords reform.

But has that difference in mean electorates been reduced, if not eliminated, by changes since 2010 in the distribution of the electorate across Britain’s 650 constituencies? Labour’s advantage over the Conservatives was a consequence of:

@Conaway for Mayor: 10/13/2015 Voter Registration Deadline,  last opportunity to register to vote in the General Election. Get your registration into the mail. Mon, 12 October 2015 12:15 AM