Suppose the new Arizona immigration law was being considered for your state. Would you favor or oppose passage of that law in your state? 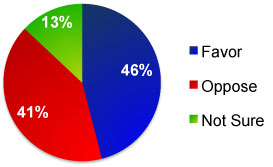 When do the polls open in Massachusetts?

In Massachusetts, for the 2010 General Election on November 2nd, the polls open at 7:00 am and close at 8:00 pm. Some polling places may open earlier than 7:00 am. If you are in line at the polls by 8:00 pm, you are entitled to vote.
For more information, visit the Massachusetts Secretary of State Web site, located in the Related Links below.

What are the polls for the Massachusetts Senate?