Conservatives can’t win at the negotiating table what they lost at the ballot box. 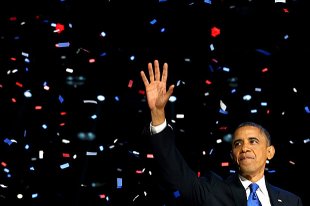 The final, final results from the 2012 presidential election are now in. While we already knew President Obama won (and the House certified that result today when it tallied the electoral votes), it's worth revisiting the final totals and reminding ourselves of one important fact: It wasn't particularly close.

Sure the election was widely expected to be a nail-biter, but it wasn't. But in the days and weeks afterward you still heard the occasional GOPer insist that it was—see Texas Rep. Jeb Hensarling last month saying it was a tight, 51-49 race, for example.

[Read the U.S. News Debate: Does Barack Obama Have a Mandate?]

So no matter how you slice or dice the election results, this was not a close race. It wasn't a landslide, but it wasn't a coin flip. The voters selected Obama and his vision over Romney and his, and they did it decisively.

And you can layer onto that the fact that, against all expectations, Democrats picked up seats in the U.S. Senate and also in the U.S. House. And while the GOP did retain control of the House, nearly 1.4 million more people voted for Democratic House candidates than for Republicans. 1.4 million—remember that figure the next time someone says Americans voted for divided government last year.