Early voting is already underway in Michigan via absentee ballot. 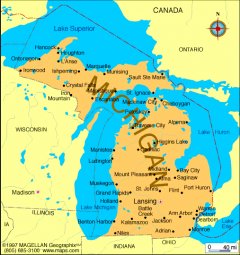 Meanwhile, misleading ads, most of which are being run by dark money PACS, have sought to confuse voters so that many of us don’t have any idea as to how to vote on these proposals, or in some cases, what the issues are behind the proposals.

This is my small effort to explain the proposals and the possible outcomes. It’s up to you to cast your vote appropriately.

Proposal 1 is a petition which "seeks to invoke the right of referendum for the Emergency Manager Law" enacted in 2011, and known as (Public Act 4 or PA 4). As you probably noted, the wording of the proposal is confusing (which is no doubt, intentional).

Nevertheless, if enough Michigan Voters choose "NO" on Proposal 1, the hated, undemocratic, Public Act 4, also known as the, will be repealed in its entirety.

If you vote “yes” on Proposal 1, you are voting to provide the legitimacy of “public approval” to PA 4 (the Emergency Manager Law), and it will be invoked in it’s entirety. I don’t personally know anyone who would want that.

My recommendation is to vote “NO”.

The purpose of Proposal 2 is to allow for an amendment to the Michigan Constitution which would make collective bargaining a right in Michigan.

This proposal is backed by both unions and workers, and is essential to protect our jobs and standard of living. The negative ads are being paid for by right wing anti-union sources, and I urge you strongly not to fall for their outright lies.

If a majority of Michigan voters vote “yes” on Proposal 2, the ability to organize and collectively bargain will become a right in Michigan, something that lawmakers can not toss aside as they have done in Wisconsin, Indiana, Ohio, and yes, Michigan, as well as in many other states.

In My Opinion Show: Politics in Michigan pt-1

Michigan 2012 Ballot Props- My Who, Whats and Whys
Related Posts