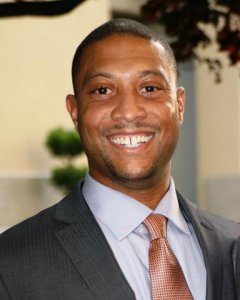 Additionally, Ervin’s ballot statement was publicized and released to the public.

“On January 20th, I saw my candidate statement, the one I affixed my signature to and that was submitted to the City Clerk and Asst. City Attorney, posted online in a Facebook discussion board, ” Ervin said.

A member of Antelope Valley Letters to the Editor Facebook group posted the ballot statement on social media and claimed, “The statement I posted got sent to me as an e-mail attachment. I guess it’s makin’ the rounds among interested AV peoples.”

However, both Ervin and his campaign aide had been told by City officials on two different occasions that no one could make copies of the candidate statements, take photos of them or in any way record them; and that they were to be viewed only, and that hand-written notes could be made.

(b) (1) During the 10-calendar-day public examination period provided by this section, any voter of the jurisdiction in which the election is being held, or the elections official, himself or herself, may seek a writ of mandate or an injunction requiring any or all of the material in the candidates statements to be amended or deleted. The writ of mandate or injunction request shall be filed no later than the end of the 10-calendar-day public examination period.

(2) A peremptory writ of mandate or an injunction shall issue only upon clear and convincing proof that the material in question is false, misleading, or inconsistent with the requirements of this chapter, and that issuance of the writ or injunction will not substantially interfere with the printing or distribution of official election materials as provided by law.

When political candidates make general statements suggesting "change" if elected, what do you feel they mean? | Yahoo Answers

Originally, I though change meant different from the Bush, Jr. administration. Then Obama seemed to take over "change" as his campaign jargon against Clinton. This seemed to work so successfully to the other candidates that even the Repubs. coined the term. Now we have John McCain wanting to change things & keep them the same....ie: "I am a traditional conservative" who wants to change things....
I think, A word, is a word, is a word....with out the right stuff behind it??? or Actions speak louder than words.....
...and that is my walk down the trite little path of candidate speak f…

RT @6News: Hillary defends her Iraq war vote by pointing to Obama making her Secretary of State after 2008 election. #DemDebate Wed, 14 October 2015 01:28 AM