Why are out-of-state billionaires pouring big money into Louisiana board of education elections? 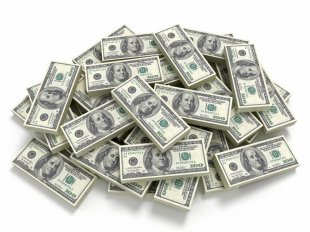 For years now we’ve watched school board races around the country attract a lot of money from donors who don’t actually live in the state where the elections are taking place. For example, in 2012, outsiders poured money into a New Orleans school board race; in 2013, millions of dollars were spent on school board races in Los Angeles, with much of the money coming from people who lived outside California; and in 2014, non-Minnesotans plowed cash into a school board race in that state.

Why? It’s part of an effort by school reformers and their financial backers to elect like-minded public officials to help spur corporate school reform around the country.

And now we have the latest example: A California businessman and a pair of Arkansas billionaires are dumping hundreds of thousands of dollars into races for the state Board of Elementary and Secondary Education in Louisiana in an effort to help keep its majority friendly to corporate school reform. The election is Oct. 24.

The billionaires are Eli Broad, the California-based housing and insurance magnate who is now leading an attempt to send half of Los Angeles’s public school students to charter schools, and Alice and Jim Walton, heirs to the Wal-Mart fortune, who have collectively poured a total of $650, 000 into Baton Rouge business magnate Lane Grigsby’s PAC, called Empower Louisiana. According to this post on Louisiana teacher Mercedes Schneider’s Edublog, Jim and Alice Walton each donated $200, 000 on Aug. 20, and Broad contributed $250, 000 on Sept. 10. The post says:

Election of Washington, his precedents, and the Cabinet

What were the outcomes of the washington state election issues?