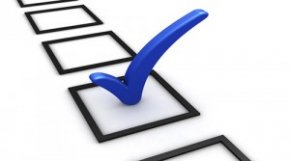 There were a few healthcare questions facing voters on state ballots in this Midterm election. Should dying patients running low options be allowed access to drugs that have passed Phase 1 clinical trials? Are drug and alcohol tests for doctors a good idea? Are employees entitled to sick days?

The answer to a couple of those questions was yes.

In Arizona, voters approved Right to Try legislation by a 4 to 1 margin according to state media reports. It won handily — 78 percent were in favor and 22 percent were against it with 94 percent of votes in. Arizona became the first to pass the legislation through a referendum. It joined four other states where the law is on the books: Colorado, Louisiana, Michigan and Missouri. In a statement from the Goldwater Institute, Olsen said: “Americans shouldn’t have to ask the government for permission to try to save their own lives…They should be able to work with their doctors directly to decide what potential treatments they are willing to try.”

It’s tough to make a rationale argument against such an emotional issue but the odds of most of these drugs having a positive effect are very slim. Only 6 percent of drugs in clinical trials get approved, and Phase 1 drugs are likely to have powerful side effects, particularly for people who are already in a weakened condition. There’s also the question of where the money will come from to fund these pricy drugs. Although terminally ill patients can apply to the U.S. Food and Drug Administration for compassionate use by petitioning the FDA, the process evaluates each application on a case by case basis and can take a long time before applicants hear whether they’re submission has been successful.

The push for making Right to Try law in states has come out way in front of federal legislation which is in the early stages of being introduced.

Massachusetts workers who were not previously permitted to have sick days will now be able to earn unpaid sick days, including people who work for a company with less than 11 people. A Boston Globe article noted that under the law, which takes effect next July, employees whose companies do not offer sick time as a benefit will be able to earn it. Workers can earn one hour of paid time off for personal illness or medical appointments, for an illness in the family, or to deal with a domestic abuse situation for every 30 hours worked. Employees will not be able to earn more than 40 paid hours per year.

Update California Proposition 46, which called for random drug tests for physicians and boosting medical malpractice payouts went down in flames. With 96.2 percent of the vote in, 67.2 percent said no compared with 32.8 percent who supported it, according to ballotpedia . Supporters of the proposition had argued that the California Medical Board estimated that 18 percent of physicians suffer from drug and/or alcohol abuse at some point during their careers.

Michigan and Arizona Republican primary results - as they ...

What is Arizona's electoral vote?

Arizona has 10 electoral votes and in the 2008 Presidential election they were won by John McCain.

How To Register to Vote in Arizona.

You must be registered to vote in Arizona to vote in any city, county, or state election. There are several ways to register to vote.