Why Vote Counting in Alaska Takes a Long Time 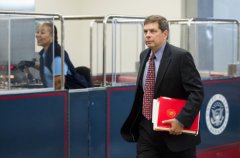 An Alaska Senate race has the potential to once again remain undecided well after the election, and this time the wait could keep control of the Senate up in the air until at least mid-November.

December and January runoffs are possible in two other states with Senate races, so it could be even longer before either party can claim a majority of seats in the chamber in the next Congress. Senate Republicans need a net gain of six seats to take control.

But the reason for the holdup in Alaska is, like the state itself, unique. In the Last Frontier State, the regular delay in races being called is largely a product of two confluent circumstances: close contests and an increased emphasis by campaigns on absentee voting, a get-out-the-vote method pushed to help compensate for the state’s travel and voting complications.

The need to encourage absentees is a reality in one of the most topographically challenging states for campaigns in the country. Prop planes are often required for candidates to reach the state’s vast rural areas and even for timely travel between cities close in proximity but separated by mountains or water. And state officials running the election face similar logistical hurdles: All ballots are eventually transported by air to Juneau, a capital only accessible by boat or plane.

Both parties, at least at this point, are expecting another tight contest there, this time between Democratic Sen. Mark Begich and his Republican challenger, Dan Sullivan. Begich’s defeat of GOP incumbent Ted Stevens in 2008 wasn’t called for more than two weeks. Stevens actually led on election night, but Begich pulled ahead once absentee ballot counting commenced.

“I think it will be potentially the same thing, ” Begich said in an interview with CQ Roll Call at the Capitol just before Congress left town last month for the final weeks of the midterms. “It is going to be a 1- or 2-percent race.”