Up to the minute poll results

Poll results, glossary terms and what’s up with the mobile web 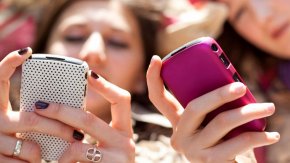 Social media and advertising had a meet-up at CES as Twitter announced plans to run ads on third-party apps. Poll results show just how important a brand safe environment are for the buy side. The mobile web is no where near “dying off, ” says the IAB. There’s a lot of needed education surrounding programmatic video. And do publishers need to also be tech companies?

The Results of The Pop Up Poll Booth

Up To The Minute... Trip Around The Triad!