Examining The Polls and The Election Results 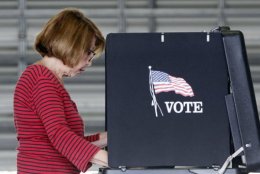 As Tuesday night got going, most people suspected that Republicans were headed for a good night. This, after all, was what the polls strongly suggested. Instead, they had a great night.

What is odd is that, while there was a cluster of conversations suggesting we might see Republican gains of around six-to-eight Senate seats, six-to-nine House seats and the loss of a few governorships - and a secondary cluster analyzing why Republicans might be disappointed (mostly citing the possibility that polls could be skewed away from Democrats by demographic undersampling) - there was no cluster of conversations suggesting that the public polls might understate Republican performance. As the New York Times’ Nate Cohn put it: “I’m not aware of any evidence that polls underestimate Republicans. Please show me the data.”

What makes this even odder is that, at least with the benefit of hindsight, there actually was a lot of evidence out there, both that a Republican overperformance should occur and that it was occurring. For some reason, the bulk of pollsters and analysts simply weren’t picking up on it.

I don’t have any firm answers as to why this would be the case, but before we can know why something happened, it useful to know exactly what did happen. The evidence that Republicans should have a massive win was well discussed, albeit only in certain quarters of the punditry. Back in February, I suggested that if the president’s job approval was at 44 percent among the electorate on Election Day (as it was, according to the exit polls), that the Democrats would tend to lose nine Senate seats. The piece was billed as an imprecise heuristic, so I don’t want to oversell this. The point is, we had a guiding star in Obama’s job approval, and it wasn’t pointing toward a good result for Democrats. Political scientists like Alan Abramowitz and John Sides put out models with roughly the same results. At the same time, political science models of the House of Representatives favored GOP House gains somewhere in the mid-teens.

So we had a pretty solid basis for believing that Democrats’ performance would mirror the president’s job approval overall, and if there were going to be a poll error, it should probably be in the Republicans’ favor. So why didn’t more polls show this? There were two separate reasons.

UP Polls: Election results not a game changer for market ...

How to Read Election Poll Results.?

Polls are a staple of every election year. Dozens of private firms, media outlets and academic institutions published election poll results during the 2012 race for president and Congress.

What are the latest election poll results?

Obama is ahead in the polls. Keep doing the