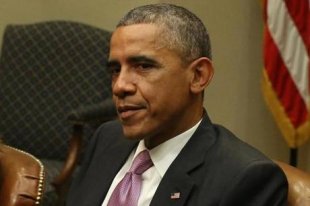 President Obama will likely be relying on his pen far more, both to veto legislation he does not like and to write executive orders that he does.

WASHINGTON — When President Obama swept into office six years ago, Democrats had firm control of almost every lever of government and a broad mandate for change.

But as Obama monitored election results from the White House on Tuesday night, he confronted a painful message from voters: They wanted a different kind of change.

Republicans won control of the Senate and expanded their grip on the House, likely forcing him to shuffle his staff and recalibrate his attempts to work with Republicans. Obama’s window of power is also now closing, with the political class in Washington already turning its attention to 2016 and who will replace him.

“It’s critically important for the president to recognize the political terrain has changed dramatically, ” said Tad Devine, a longtime Democratic strategist. “If Republicans have control of the House and the Senate, it’s a whole new ballgame. He’s going to need to make serious adjustments in the ways he deals with the opposition.”

The new dynamics set up a potentially vicious battle between Congress and the White House, with Obama likely relying on his pen far more, both to veto legislation he does not like and to write executive orders that he does.