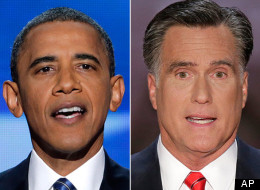 The Electoral College is one of the most dangerous institutions in American politics today.

The primary impact of the Electoral College is to give the citizens of some states more influence over the presidential election than citizens of other states. If you live in a Battleground State you are showered with attention. Your issues gain traction at the national level. You have political power. But if you happen to live in a Red State or a Blue State - as do roughly 79% of Americans according to Nate Silver's electoral map - then you are pretty much out of luck. Your vote doesn't matter. And when we say "your vote doesn't matter, " we can actually quantify this. According to the Princeton Election Consortium a vote in Nevada this year (a small battleground state) is over one million times more likely to have an impact on this election than a vote in New Jersey (a large Blue state).

This is horribly unjust. It makes a mockery of the principal of "one man, one vote"; it doesn't matter if we all get one vote when some votes are worth more than others.

The Electoral College undermines our belief that the electoral process is fair. Every time that a candidate wins the popular vote but fails to win the presidency (which has happened three times so far in American history), it has caused the people to question whether the system is broken and the wrong person became president. Combined with the widespread understanding that most votes in most states simply have virtually no chance of affecting the outcome of the presidential election, the effect is to erode our collective belief that our most important political office is actually chosen democratically.

And that is exactly why the Electoral College is so dangerous. Social scientists have demonstrated that people are happier and more efficient when they believe that they are living and working under a fair set of rules. In addition, people are more likely to follow the laws or rules voluntarily when they believe that their voices are being heard, which can reduce corruption and helps society run more smoothly. Studies have even shown that people will voluntarily conserve scarce resources when they feel that they have input into the way policy is created. This so-called procedural justice is a huge boon to democracy; our active participation in the political process encourages us all to be productive and law-abiding citizens. In short, one of the most important catalysts for successful democracy is our communal belief that we can all make a difference by participating in the system-our belief that every vote matters.

RT @tay_leanne_: the fact that trump is up in the polls is why we have the electoral college, CLEARLY AMERICAN'S CANNOT BE TRUSTED. Thu, 8 October 2015 05:36 AM

@RepresentDotUs How about an article or a graph showing the detrimental nature of the electoral college on the American voters? Wed, 7 October 2015 07:05 PM