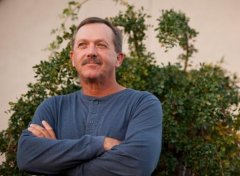 I live in Utah. In the last presidential election, Utah's Electoral College votes went to the Republican ticket, as they no doubt will again this November, thus rendering me a "Republican" no matter how I actually choose to vote. In fact, I'm registered an independent, and although I voted for Barack Obama in the last election, and will again this fall, my vote doesn't count simply by virtue of where I happen to live. Oh, I'll vote — I always do — but this question always nags at me: In red-state Utah, if one doesn't vote Republican, why bother?

The Electoral College is an anachronism that should have been scrapped long ago. Electing the president and vice president by popular vote would indeed make each person's vote count, encouraging many more people to cast ballots. A side benefit would be encouraging more third-party candidates, with new ideas, which would make our political process healthier.

As far as I'm concerned, this can't happen soon enough.

This will be the first year I refuse to vote whatsoever. Why? Because there is ultimately no point in the exercise.

Letters to the editor

USA TODAY receives about 300 letters each day. Most arrive via e-mail, but we also receive submissions by postal mail and fax. We publish about 35 letters each week.

We often select comments that respond directly to USA TODAY articles or opinion pieces. Letters that are concise and make one or two good points have the best chance of being selected, as do letters that reflect the vibrant debate around the nation on a particular subject.

We aim to make the letters platform a place where readers, not just writers representing institutions or interest groups, have their say.

•Constitution: Will either major candidate do anything to repeal the ever-larger police state we've lived under for over a decade? No.

•Economy: Has either candidate seriously proposed reducing regulations and burdens on small businesses and entrepreneurs who actually create many of the jobs in America? No.

•Foreign affairs: Has either candidate suggested that we might be overly involved in the affairs of foreign nations and stretched too thin? No.

I used to care about politics, but it's obvious that the campaigns do not seek the votes of the more educated voter. They seek to appeal to the least intelligent among our population who cannot critically consider anything beyond Jerry Springer-esque political "debate."

The productivity of Congress should not be measured by the volume of bills enacted into law. There is too much government in our lives already, and some laws are, frankly, junk.

We should not enable politicians (especially on the state and local levels) to fatten government or validate their egocentric careers by quantity over quality lawmaking.

Is the Electoral College dying?

Jerry Asks Electoral College in USA Yes or No

Why do we still have the Electoral College? Ask USA TODAY

RT @sdv92: @ChgocadChic @ChuckNellis Just heard that the illegals r being dispersed around USA to skew the electoral college at the next el… Tue, 6 October 2015 10:17 PM