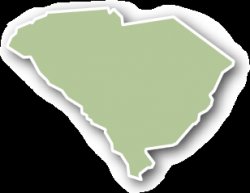 2010 Census Reapportionment: South Carolina gained one electoral vote, giving it 9 through the 2020 presidential election. This is the first change since 1932, when it dropped from 9 to 8.

South Carolina, one of the original 13 colonies, attained statehood in May 1788 and has participated in every presidential election except 1864, when it had seceded from the Union. South Carolina has had eight electoral votes since 1932. Like many other southern states, South Carolina voted almost exclusively Democratic from the time of Reconstruction through the early 1960s, before turning Republican largely in response to civil rights legislation. South Carolina was one of only six states to vote for Barry Goldwater in 1964 and has voted Republican since, except in 1976 when it voted for fellow southerner Jimmy Carter. In 2012, Mitt Romney defeated Barack Obama 55% to 44%.

Black and Latino Southern Voters May Hold Key to 2012 ...

@whateverbarry well on a presidential election our votes is not what count cause it done by the electoral college now on congress it does Mon, 12 October 2015 01:58 PM