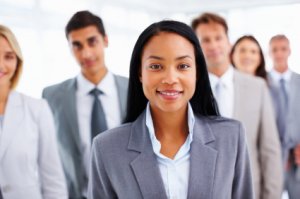 The Unprecedented Growth of the Rising American Electorate

According to the latest Census data, the Rising American Electorate or RAE (unmarried women, African Americans, Latinos, other people of color and millennials) is overwhelmingly responsible for the recent growth in the U.S. population:

In 2014, more than 75 million members of the Rising American Electorate did not vote. Clearly, too many people are still standing on the sidelines of our democracy. More than episodic registration, education and outreach efforts must be made to boost their engagement, participation and representation. The VPC knows from its research that the greatest reason the RAE cites for not participating is lack of information on the candidates and policy debates on issues of importance to the RAE. Provide information and greater citizenship follows.

This is especially true in a rapidly changing voting environment. The ways Americans register and vote have changed dramatically (by mail, online, and early voting in-person, for example), and new voter requirements have been imposed in many states. The need to provide the RAE with information about these changes gives the work of the VPC added urgency.

Large percentages of the groups that make up the RAE are not registered to vote. As of 2012:

The critical first step toward increasing the civic engagement of these groups is registration. In a presidential election year, for every one voter in the RAE who was registered and did not vote, there were four who were unregistered and therefore could not vote.

The RAE share of the electorate tells the same story. In presidential election years and off, unmarried women and the RAE continue to be significantly less than their share of the voting eligible population.

Sen. Santiago urges the electorate to refrain from voting ...

THE ELECTORAL COLLEGE AND VOTING (quantagriff)