DC’s Attorney General Election Is Back on, Judges Rule 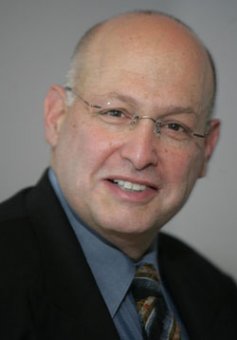 It appears DC residents will get to vote for an attorney general this year after all, the District’s highest court ruled Wednesday in issuing an opinion saying the DC Council acted illegally in delaying the first such election until 2018.

“It follows from our holding that an election must be held in 2014 unless it would not be practically possible, ” writes a three-judge panel from the DC Court of Appeals. The ruling gives new life to attorney Paul Zukerberg’s quest to become the city’s first elected attorney general. Zukerberg, a criminal defense lawyer, sued the city last year after the Council passed legislation delaying the first attorney general contest by four years despite a 2010 amendment to the city’s charter that called for making the District’s top lawyer an elected position.

Zukerberg’s suit to put attorney general back on the ballot in time for the April 1 primary in DC Superior Court in February, apparently squashing his political ambitions. But Zuckerberg’s appeal appears to have swayed the District’s top judges, who wrote that while the charter amendement reads that DC would begin electing attorneys general “after January 2014, ” the Council was wrong see that as an opening to repeated delays.

The big wrinkle in today’s ruling is that the DC Board of Elections needs to determine if it’s feasible for an attorney general race to be added to the November ballot. In their ruling, the judges hint that with the primary elections already passed, the Board of Elections could use special-election rules to set a non-partisan race.

Reached by phone, Zukerberg says he is “absolutely” still a candidate. He was also the only candidate when the Council shelved the election, a decision Council members who supported the delay said was made because of a paucity of candidates and confusion over which city lawyers an elected attorney general would supervise. Those questions remain unanswered, but Zukerberg says he’s bracing for a contest.

“I anticipate other candidates entering the race, ” he tells Washingtonian. “We’ll have a real election just like we said we wanted to.”

Ted Gest, a spokesman for current DC Attorney General Irv Nathan (who was appointed to his post by Mayor Vince Gray), says his office is still analyzing the ruling.

UPDATE, 3:52 PM: Well, that didn’t take long. In a statement, Nathan says his office plans to appeal today’s order by asking the full Court of Appeals to review the decision:

We are studying the Court’s Order and awaiting its opinion. We continue to believe that the Council of the District of Columbia had the authority to interpret the 2010 Charter Amendment to authorize a statute scheduling the Attorney General election to be in 2018, and we will be drafting a petition to the full en banc court of the D.C. Court of Appeals on that key point. We will also be working with the Board of Elections and the Council to develop a full explanation of the practical and legal issues associated with rushing to hold the Attorney General election in 2014, which we will present in any further Superior Court proceedings following the Court of Appeals’ final decision.

@BeGoodBeBrave: If @David_Cameron & @Conservatives hadn't changed the General Election rules an early election would have happened. Sun, 11 October 2015 03:37 AM

@politico he is going to make his own rules in the general election debate. he will try and end up looking like an idiot liar that he is. Wed, 14 October 2015 05:42 PM