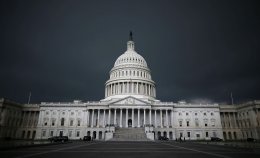 Hamel’s enthusiastic response suggests that the results are encouraging for her candidate, and in many ways they are, but at some point, the Ernst campaign has to stop celebrating the fact that they are tied in the polls with their challenger, Democrat Congressman Bruce Braley.

Recent polls have shown Ernst either slightly ahead, slightly behind, or statistically tied with Braley. In fact, in the eight polls that have been conducted since the end of the primary, Ernst has led in three, been tied with Braley in four, and trailed him only once.

The euphoria of a tied race was understandable when the first polls following the five-way GOP primary showed Ernst actually leading Braley. Most Iowa Republicans share Hamel’s excitement regarding the latest poll results, but the general election campaign has now waged on for 86 days, and there are only 69 days remaining until Election Day. If Ernst is going to win Iowa’s coveted open U.S. Senate seat, she needs to start seeing some upward movement in the polls.

The top-lines of the recent USA Today/Suffolk University poll and the PPP Poll that came out earlier this week show a tied U.S. Senate race between Ernst and Braley. While a tied U.S. Senate race is no reason for Republicans to get down on their candidate, if you look deeper into these polls, you will find ample reasons to be concerned.

The relentless negative attacks against Ernst are clearly working. In the USA Today/Suffolk University poll, Ernst had a 41 percent favorable rating and a 41 percent unfavorable rating with respondents. That’s not a good sign, but the numbers in the PPP poll were even worse for Ernst. The PPP poll showed Ernst underwater in terms of favorability, with only 36 percent of respondents having a favorable opinion of her, while 46 percent had an unfavorable view of Ernst.