Last week, we asked Conversations readers why they switched to Lumia

After all, there are so many excellent reasons– from Live Tiles to Cortana–that we couldn’t predict which of the 14 choices in our poll would take the top spot.

It wasn’t even close.

With a resounding 30 percent of the vote, the top reason why our readers switched to a Lumia device is the Windows operating system.

That itself isn’t a surprise. With Windows Phone, the shared Windows experience is available across all your screens, including Windows-powered tablets and PCs.

Share music, videos, and photos anywhere, anytime with OneDrive. And with built-in Office support, you can edit important work documents in Excel or Word while on the go.

Windows on Lumia is your portal to improved productivity, both personally and professionally.

Anyone can be a great photographer with a Lumia. For instance, the new Microsoft Lumia 640 XL boasts a 13-megapixel main camera with LED flash and auto focus for taking professional-quality shots. Its full-HD 5-megapixel wide-angle front camera is also perfect for taking a quick selfie to share on social media. 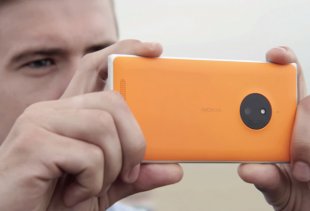 Capture multiple photos with one press of the camera button in Burst Mode to capture an amazing action shot. Edit your existing photos in Lumia Creative Studio to create a personal masterpiece or add fun filters and special effects with free Microsoft apps like Lumia Selfie and Lumia Moments.

“Other” took 12 percent of the vote to come in third, with our readers writing in their own reasons for switching.

Lumia’s Nokia roots were the most-mentioned reason for why Lumia owners initially made the switch in this category, having bought their first Windows Phone under the Nokia brand.

Some readers said that they never “switched” at all; their first smartphone was a Lumia and they’ve never looked back.

What are the Current presidential poll results?

What are the presidential poll results?

Today's poll results are as follows: Obama 47, McCain 40 Obama +7. Thank you for using

RT @daintexas: @andersoncooper if u have any integrity left youd stand up and tell the truth to Americans about poll results and misleading… Fri, 16 October 2015 03:21 AM