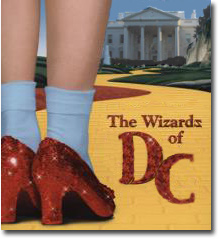 In one of the closest contests in U.S. history, the 2000 presidential election between Democratic Vice-President Al Gore and Republican governor of Texas George W. Bush (hereafter referred to as Bush Jr. to distinguish him from his father who was also a president), the final outcome hinged on how the vote went in Florida. Independent investigations in that state revealed serious irregularities directed mostly against ethnic minorities and low-income residents who usually voted heavily Democratic. Some 36, 000 newly registered voters were turned away because their names had never been added to the voter rolls by Florida’s secretary of state Kathleen Harris. By virtue of the office she held, Harris presided over the state’s election process while herself being an active member of the Bush Jr. state-wide campaign committee. Other voters were turned away because they were declared-almost always incorrectly-“convicted felons.” In several Democratic precincts, state officials closed the polls early, leaving lines of would-be voters stranded.

Under orders from Governor Jeb Bush (Bush Jr.’s brother), state troopers near polling sites delayed people for hours while searching their cars. Some precincts required two photo IDs which many citizens do not have. The requirement under Florida law was only one photo ID. Passed just before the election, this law itself posed a special difficulty for low-income or elderly voters who did not have drivers licenses or other photo IDs. Uncounted ballot boxes went missing or were found in unexplained places or were never collected from certain African-American precincts. During the recount, GOP agitators shipped in from Washington D.C. by the Republican national leadership stormed the Dale County Canvassing Board, punched and kicked one of the officials, shouted and banged on their office doors, and generally created a climate of intimidation that caused the board to abandon its recount and accept the dubious pro-Bush tally.

Then a five-to-four conservative majority on the U.S. Supreme Court in a logically tortured decision ruled that a complete recount in Florida would be a violation of the Fourteenth Amendment’s equal protection clause because different counties have different ways of counting the votes. At that point Gore was behind by only a few hundred or so votes in Florida and was gaining ground with each attempt at a recount. By preventing a complete tally, the justices handed Florida’s electoral votes and the presidency to Bush, a stolen election in which the conservative activists on the Supreme Court played a key role.

Even though Bush Jr. lost the nation’s popular vote to Gore by over half a million, he won the electoral college and the presidency itself. Florida was not the only problem. Similar abuses and mistreatment of voters and votes occurred in other parts of the country. A study by computer scientists and social scientists estimated that four to six million votes were left uncounted in the 2000 election.

The 2004 presidential contest between Democratic challenger Senator John Kerry and the incumbent president George W. Bush amounted to another stolen election. Some 105 million citizens voted in 2000, but in 2004 the turnout climbed to at least...

Florida Election Results: Winners And Losers Of The ...

Who will win Florida in the 2012 Presidential Election?