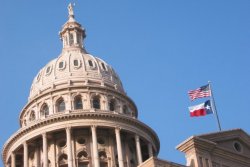 By its very definition, Texas has an open primary, but because voters are still restricted to some degree on who they can vote for it is more commonly labeled semi-open. Some independent voters still feel disenfranchised by the election process.

Voters in the state of Texas do not have to publicly identify themselves as a member of a political party when they register to vote. When they go to the polls they can freely choose either the Republican ticket or the Democratic ticket. However, voters cannot vote across party lines. Once a person chooses the ticket they will vote on they can only decide between candidates of that party. Voters in Texas receive a new voter registration card every year so they don’t have to vote on the same ticket each primary election.

However, the system in place doesn’t favor the independent voter. It still requires voters to pick a side rather than vote their conscience. Many independent voters believe that one side doesn’t necessarily have all the answers. There might be one candidate that speaks to them who is a member of one party, but in another race their favored candidate might be running on the other party’s ticket.

Do You Know How Primaries Work?

The current primary system in Texas gives independent voters two options. They can either pick a party and hope for candidates that align closely with their political philosophy. Or, they can hold out, not vote in either party’s primary, and hope a third party candidate they can get behind declares their intentions to run in the general election in accordance with state law.

Many voters in Texas vote on strategy rather than on the person they really want. Sometimes, Democrats will vote in a Republican primary in an effort to put through a more moderate candidate when they know they will probably lose a race, and vice versa.