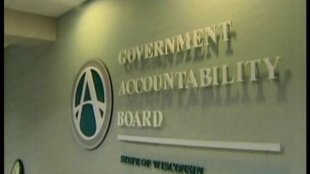 Republicans calling for dissolving the nonpartisan board that oversees elections and government ethics laws in Wisconsin say it is a unique experiment that failed.

The bill heard at a joint Senate and Assembly hearing Tuesday would replace the Government Accountability Board with a pair of commissions headed by partisan appointees. One would oversee ethics laws, the other would deal with elections.

Bill co-sponsor Rep. Dean Knudson, a Republican from Hudson, says "Rather than be a national model, Wisconsin's failed experiment has become a national embarrassment."

The change is being pushed by Republicans who feel the current board, created in 2008, has been biased in favor of Democrats. They are particularly upset with its role in a now-closed investigation into Gov. Scott Walker's recall campaign and the activity of conservative groups.

When was Roger Breske elected State Senator of Wisconsin?

Senator Breske was first elected to the state Senate in a special election in 1990.