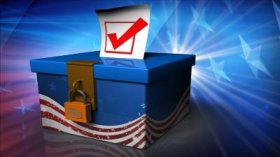 We've got continuing coverage on the Georgia Primary Elections.

The Lowndes County Board of Elections office has closed for the night with no official winners being called.

Deb Cox, the Supervisor of Elections, says they are still waiting for provisional and military ballots before they can call any of the races, which will be Friday, May 23, 2014, at 3pm.

But as of late, a couple of races to keep an eye on are the District 8 State Senate and US Representative seats. Ellis Black is leading the race for the State Senate seat with 44%. John Page has 32%, and Richard Raines has 24%.

Closer to home, Jody Hall and Scott Orenstein are neck and neck in the Lowndes County Commission District 2 race: Hall has 46% and Orenstein has 54%.

District 5 is still up in the air with Clay Griner carrying 42%, Norman Bennett with 33%, and Gretchen Quarterman holds 26%.

Over in Seminole County, there will be a runoff for the District 2 County Commission seat. Hugh Broome, III will face off against Sheila Williams in the runoff on July 22, 2014.

For any of these candidates to take the seat, they will have to receive 50% of the vote plus one vote. If they don't, it will go into a runoff.

Cox says less than 17% of active registered voters in Lowndes County voted in this election. She says it was a very low turnout, even for a midterm primary election.

When do the early voting results get released?

Results will be given throughout the night as they are available. Official results will not be available until all polls close.

When are the results of early voting going to be officially released? | Yahoo Answers