GOP Plots to Win 2016 Presidency Without a Majority Popular Vote 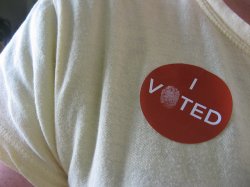 In 2000, Al Gore won the popular vote by at least 450, 000 votes, but lost the election due to an unprecedented Supreme Court decision

The GOP is strategizing on how to ensure the election of a Republican president in 2016, even if he or she receives a minority of the popular vote - but this time through a legal legislative strategy.

First, here is the background to what legislatures in some key electoral states, such as Michigan, are considering making into law. It begins with understanding gerrymandering, the creation of congressional districts in states every 10 years. In 2010, the Republicans, with a strong boost from the Tea Party, swept many state legislatures and governorships. State legislatures, not the federal government, determine congressional districts - and it has always been a highly partisan affair.

With precision software that can slice districts up in such a way that one party can win a state vote for Congress by a wide margin, gerrymandering allows for concentrating a disproportionate vote of one party in certain districts, while creating other districts where the margin of victory by the other party is smaller, but still virtually assured.

After the 2010 election, Republican victors in many states created safe districts for Republicans while concentrating Democratic voters in a limited number of generally urban districts. By segregating many Democratic votes by design, they reduced the likelihood that Democrats could be elected in other congressional districts.

RT @Tierrah46: @olretiree wonder why they want to register them? Their presence is enough to win election via Electoral votes, which R base… Sun, 11 October 2015 03:29 PM